Author: Manuel Liban
The camp prepares to launch the program on July 6, 2020

It is only July, but it has already been an historical year. Among the highlights: COVID-19, the George Floyd protests and the uncertainty of an economy ravaged by a global health crisis. All of those events and many other topics, however, will likely be the subtext at Camp Qmunity, a queer studies summer intensive program developed by the Queer Research and Advocacy Center at Virginia Commonwealth University, or Q Collective. 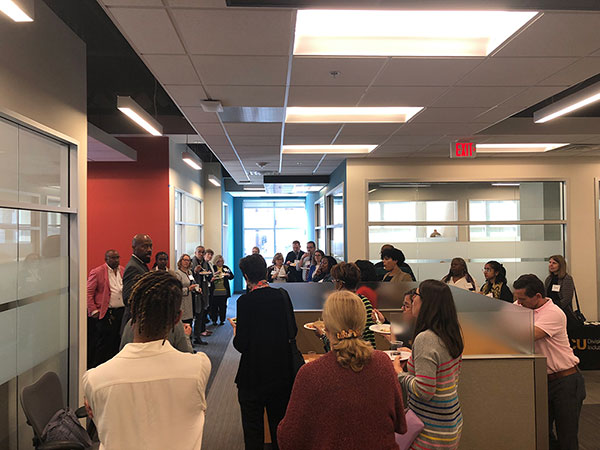 Over the last ten years, there has been a significant rise in the number of those who teach, work or learn and who are also part of the LGBTQ community at VCU. And that journey has been intentional, due in part to the overwhelming support of its administrators, most notably, President Michael Rao, Ph.D. who, over the years has recognized the importance of inclusion and equity at the institution. "I write to affirm VCU’s commitment to its core values and principles of equity, inclusion and fairness for all people. I stand in support of LGBTQ+ members of our community," he wrote in a 2019 blog post.

"A lot of [folks] who have not been as public went public and spoke out and spoke to our leadership. That moment was a pretty big litmus test. And our leadership stepped up and said you're right, this is something we need to think about," said Archana Pathak, director of the Q Collective and co-director of Camp Qmunity. Pathak, who joined VCU in 2010, recalls the watershed moment that year when then Virginia Attorney General Ken Cuccinelli made the request to the commonwealth’s colleges and universities to nullify their nondiscrimination policies that include sexual orientation, gender identity or gender expression. "It changed the tenor of things at VCU, I think in particular ways."

"In the four years that I've been here, I’ve seen a shift happening in terms of dialogue and action," added bee Coston, assistant professor in VCU’s Department of Gender, Sexuality and Women’s Studies and co-director of Camp Qmunity. "I'm noticing more and more students in my classes coming into the class, already being 'out,' and actively so on campus and in the community; versus ‘should I be out, can I be out - what are the risks of that’. And so I do think that there's a noticeable increase in the perception and feeling of inclusivity."

It is now a campus full of pride and energy as LGBTQ faculty, staff and students have become part of the fabric of VCU and an environment conducive to innovative and progressive ideas, like Camp Qmunity. And one of the aims of this program is to connect scholars with students to think critically and produce knowledge that moves the LGBTQ community forward at VCU and beyond. In recalling what the inspiration for Camp Qmunity was, Pathak said "one of the major forms of political cache in higher education is generative research and the ability to connect scholarly work amongst faculty and students." She goes on, saying "we'll connect the scholars doing that work to the students who aspire to do that work. And so that was the underlying premise in terms of thinking about that."

There have been other, similar courses in the past that have been structured in a similar manner, but few if any are as focused on advancing LGBTQ scholarship. Part of standing up Camp Qmunity is determining a mission and guiding principles; ones that can serve as a compass, but also be flexible as the co-directors incorporate what they learn from the camp’s scholars and students.

Though there is no formal mission for the camp, the co-directors still carry within themselves their wish for this year’s cohort. Coston said "my hope is to center students and student perspectives front and center stage within the conversation about what kind of change or shift or new world we're entering into; both what that is and what that needs to be at VCU. I think there’s been a lot of [faculty, student and staff] perspective. This is an opportunity for us to explicitly call them in and say ‘your perspective, your voice, your experiences, your feedback, it matters to us.’" Pathak adds "It's this idea that our students are both the reason that we do this and they bring to the table a whole level of learning that we all need to acknowledge, honor, and legitimize in particular ways. We can serve as the space through which that can get recognized and incorporated into the larger conversations; our students are the number one resource, the one thing that matters most and this is a chance to make that have some actionable elements to it."

COVID-19 has reshaped the higher education landscape, no more so than how instructors deliver their courses. Many who had minimal virtual components to their instruction plans - such as using a learning management system to distribute slide decks and homework - are now finding themselves relying heavily on technology. 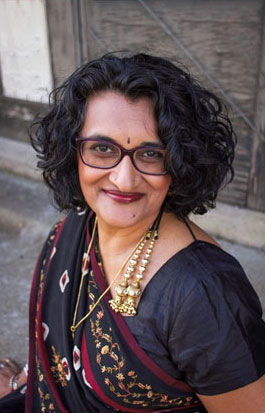 And while Camp Qmunity will also be delivered virtually, the co-directors intend on keeping the spirit of experiential learning and creating connections among the scholars and students. "We have a desire for the students to be able to interface with one another and interface meaningfully with our guest speakers so there has to be a synchronous component to what we're doing." said Coston. They add, "but I'm also bringing forward what I know to be the best practices around cultivating asynchronous meeting spaces and collaboration as well. ome of it is still [to be determined] because we're in active conversation with the student scholars who have been accepted to make sure they’re on- board with the plan."

Pathak also offers her perspective; learning about the nuances of academia early in her life that shaped the program’s structure. "I think a lot about the unspoken benefits that I had from my own class privilege where I was around the traditional generative process of theorizing early in my life.  Nobody kinda said to me, "here's what's happening and here's what's going on", right? But I was taught how to go to college in  a certain kind of way." She continues to say " I want to create a space where people who were around the traditional academic  processes share what that looks like and show that , this is how we have these conversations." 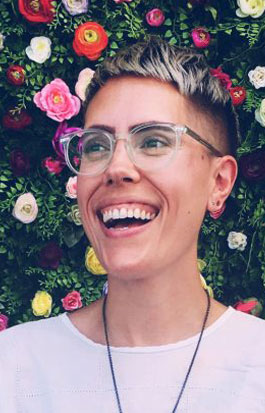 Camp Qmunity - in its inaugural year - guides accepted students through a four-week course and is first primed with scholarly readings from significant  facets of LGBTQ history, culture and literature. These are then complemented with two guest speakers per week who are of differing backgrounds including scholars, LGBTQ community members and VCU administrators and all culminates into a final project "pitch": to create a virtual resource space for the LGBTQ community for consideration and incorporation into an official VCU digital property.

Pathak and Coston are, no doubt, excited about Camp Qmunity and its potential to shape the dialogue within VCU and among the LGBTQ communities. Both are especially thrilled in the potential for students to glean from the program the ability to speak up and speak out. Discussing the cohort’s final project, Coston said "it's about the ways in which we can  destabilize and subvert what they think they know." They added " there’s often just a lot of fear in students’ minds  about the risk associated with speaking your mind. So you stay silent or avoid actively showing up to the doorstep of an administrator with a list of demands." Pathak affirms Coston saying "This is how the academy works. This is how you get it to do what you need to do. I want to give them the space to really explore how to get their voices heard."

Amidst all that is happening on the national stage and in the middle of a global pandemic, Camp Qmunity marches towards its first day on July 6, 2020.  Its, co-directors express optimism in the program where all will gather to explore scholarly works and topics, survey the LGBTQ landscape and create social change.